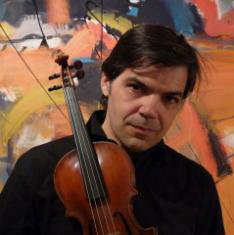 Gabriele Benigni begins his violin studies under the guidance of Maestro Arrigo Pelliccia; later at the “S.Cecilia” Conservatory in Rome he graduated with Maestro Bruno Mollo and in chamber music under the guidance of Maestro Luciano Cerroni. Even before the end of his studies he began his collaboration with various orchestral ensembles, both chamber and symphonic, also performing as a soloist. He also carries out an intense concert activity in ensembles from duo to quintet ranging from Baroque literature (performed with original instruments) to contemporary literature. His activity has led him to perform for prestigious associations and organizations both in Italy and abroad (France, England, Spain, Sweden, United States, Canada, Japan, Brazil, Uruguay, Peru, India, Croatia, Malta, etc. .). 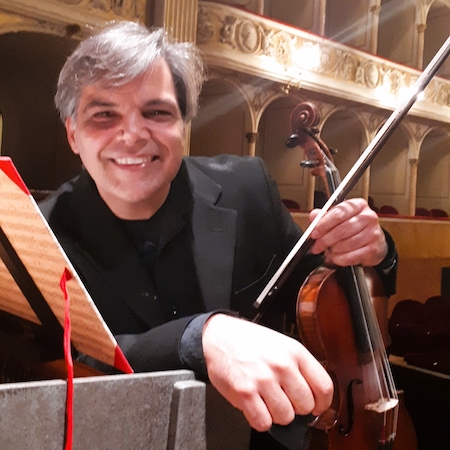