Born in Kiev (Ukraine), a region famous for a great violin school that has given artists such as David Oistrach, Isaac Stern and Nathan Milstein to the world of music. Descendant of Adolph Brodsky famous for being the first performer of the Tchaikovsky Concerto, Vadim began his studies at the age of six. At 11 he made his debut as a soloist with the Kiev Philharmonic, playing the Kabalevsky violin concerto, under the direction of the composer Pupil of Olga Parchomenko and David Oistrach, he won the first prize in all the international competitions in which he participated: – Paganini (Italy, 1984) – Tibor Varga (Switzerland, 1984) – Wieniawski (Poland, 1977) Winning the Wieniawski competition gave Brodsky many opportunities to tour Europe. In 1981 he moved to Poland, where he became very popular. His New York debut took place in 1982 at Y-Hall with a contract from the Musical Heritage Society. For this company he recorded CD’s with concertos for violin and orchestra by Brahms, Paganini, Tchaikovsky, Saint-Saens, Sibelius, Wieniawski and also the only LP recording of Eugenio Ysaye’s Six Violin Sonatas. activity, Brodsky has played with the most important orchestras such as the Leningrad Philharmonic, the Moscow Philharmonic, the Polish National Radio Symphony, the Warsaw Philharmonic, the Suisse Romande of Geneva and the Philharmonia Orchestra of London. In 1991 he played with the Seville Symphony Orchestra on the occasion of the opening of the new Teatro della Maestranza, built for Expo ’92. During his 1997 Italian tour, Vadim Brodsky had the honor of playing the famous “Guarneri del Gesù” which had belonged to Paganini. He also appeared on Italian television, playing the concerts of Tchaikovsky, Bartok, Paganini and Vivaldi’s Four Seasons. Vadim Brodsky was the first Russian violinist to play in front of SS. John Paul II. 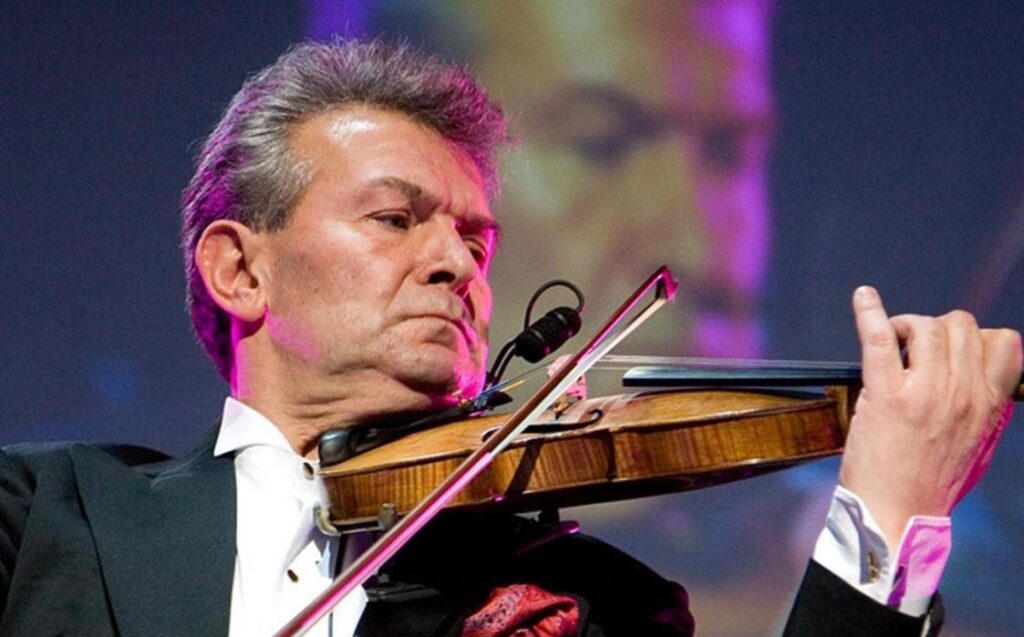