Paolo Pollastri has been principal Oboe in the Orchestra dell’Accadamia Nazionale di Santa Cecilia since 1990. He was born in Bologna in 1960 and obtained his diploma studying under Sidney Gallesi. He continued his studies at the Accademia Chigiana with Lothar Faber and received his Diploma, with Honours in 1977. He went on to study under Paul Dombrecht at the Brussels Conservatory where he gained First Prize for the Baroque and modern instrument. He has won several National and International Competitions and played Principal Oboe in numerous orchestras: the Italian Youth Orchestra in 1977; at the Teatro Comunale in Genova, in the Orchestra della RAI di Roma; between 1982 and 1990 in the ORT – Orchestra della Toscana and, as well as with the ORT and the Accademia di Santa Cecilia, he has performed as a soloist with the Solisti Veneti, the Accademia Bizantina, the Virtuosi Italiani and the Symphonia Perusina with Carlo Maria Giulini, Wolfgang Sawallisch, Andrea Pappano, Daniele Gatti and Piero Bellugi. He has played chamber music with Myung-Whun Chung, Antonio Pappano, Alexander Lonquich, Michele Campanella, with the Chicago String Trio, with the Wind Quintet “del Novecento” and the Italian Wind Ensemble. He has a parallel activity with old instruments and has played under the direction of Frans Brüggen, Martin Haselboeck, Fabio Biondi and been a soloist with Gustav Leonhardt, Christopher Hogwood, Roger Norrington, Rinaldo Alessandrini, Federico Maria Sardelli. He has recorded for Erato, EMI France, Denon, Tactus, Fonè, Materiali Sonori, Europa Musica, Stradivarius and Naïve. He founded the ensemble Accademia Barocca di Santa Cecilia in 2005. Since 2016 he is Artistic Director of the Anciuti Music Festival
Youtube 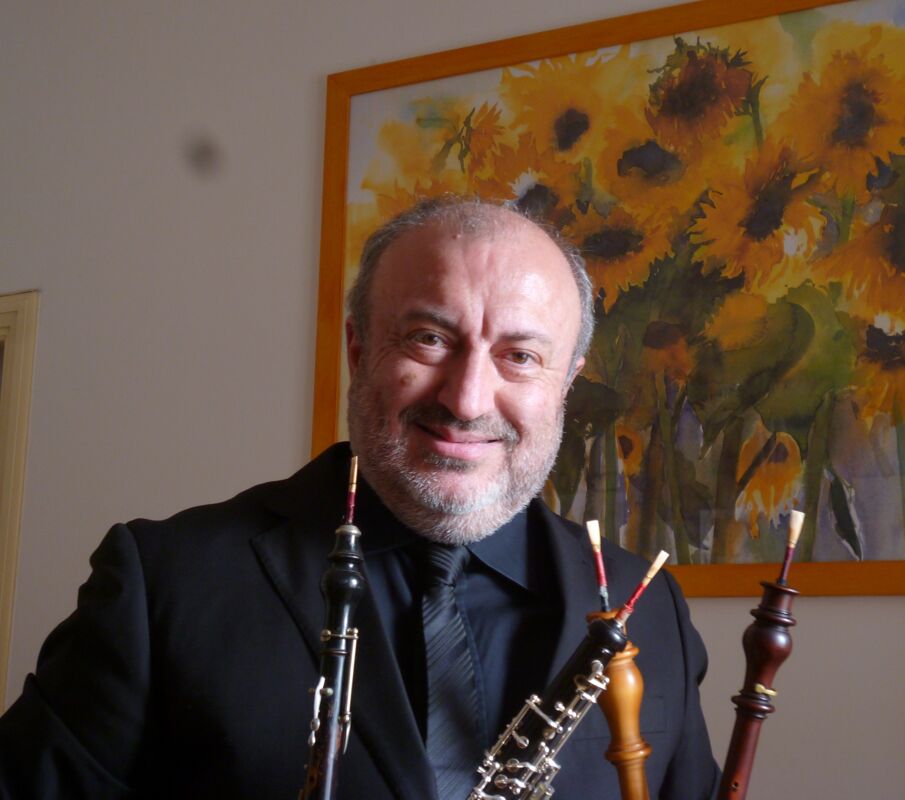