Paolo Fratini, flute and piccolo of the RAI National Symphony Orchestra of Turin, completed his musical studies at the Santa Cecilia Conservatory in Rome with Giancarlo Graverini, but Angelo Persichilli, P.L. Graf and Severino Gazzelloni as well, played an important part in his education.He has achieved extensive awards and prizes in various competitions: at the orchestra of the National Academy of Santa Cecilia, F. Cilea.In 1987 he joined the orchestra of there Italian radio (RAI) He collaborates with many other orchestras and chamber groups such as the Accademia di Santa Cecilia, the Teatro dell’Opera di Roma, the Orchestra della Svizzera italiana, the Roma Sinfonietta Orchestra, Alter Ego and he is a member of the PMCE (Parco della Musica Contemporary Ensemble). He has worked with the greatest conductors of our time (Sawallish, Metha, Pretre, Giulini, Maazel, Sinopoli, Chung, Bytchcov, Temirkanov, K. Petrenko, Gergiev, Berio, Eotvos, Penderecki etc.), and in the early music repertoire with Gardiner, Pinnock, Harnoncourt, Hogwood, Dantone etc. and the great composers for cinema such as M. Nyman, Trovajoli, Ferrio, R.O rtolani etc and the Oscar winners Luis Bacalov, N. Piovani, Ennio Morricone with whom he recorded many soundtracks and toured all over the world. He has recorded monographic LPs, CDs and DVDs as a chamber musician (for RCA, Stradivarius, Tored, Emavinci), A. Gentile, F. Pennisi, S. Sciarrino, Guaccero, Panni, Ravera, recorded for Vatican radio and for Rai Radio 3 many chamber performances including those with the fathers of minimalism Terry Riley and Steve Reich. He has been a guest, in a solo and chamber for television (RAI 1 eurovision, RAI 5, RAI futura,) and radio broadcasts. Since 1985 he has been faculty in many Italian state conservatories, leaving the role in 2001. He currently teaches at the Civic School of Arts in Rome 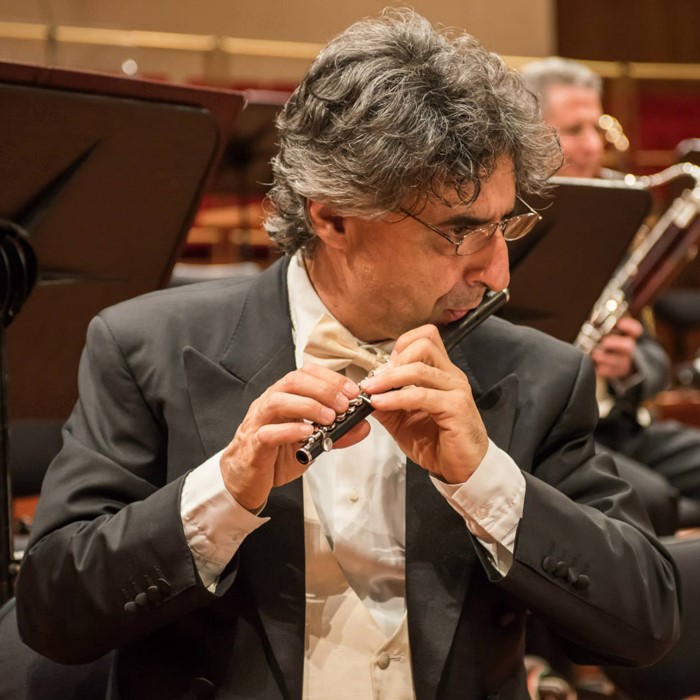