Guido Fichtner, Claudio Marcotulli, Stefano Palamidessi, Adriano Walter Rullo: in other words, Guitalian Quartet !!
Founded in 2006, it is composed of soloists established in the most important national and international guitar competitions that, in their respective activities, have made recordings for important record labels such as Dynamic, Opera Tres, Antes Concerto, Phoenix Classics, Tactus, Brilliant Classics, New Era , Niccolò. They have made a lot of television and radio recordings for the main Italian and foreign broadcasters; the first CD of the quartet, entitled “Guitalian Quartet Live”, has received enthusiastic public and critical acclaim. They have performed successfully in the most prestigious concert venues in the world: from the Parisian Salle Cortot to the Tokyo Triphony Hall, from the Roy Thompson Hall in Toronto to the Teatro Coliseo in Buenos Aires, from the Bath Festival in England to the Festival of the Two Worlds in Spoleto. Italy. The quartet, very attentive to the new musical frontiers, has been the dedicatee and performer of works by some of the most important Italian composers such as Paolo Arcà, Giovanni Sollima, Fabrizio de Rossi, Carmelo Nicotra, Mauro Schiavone, Nicola Jappelli, Giorgio Spriano, and Francesco Pennisi: from this in-depth analysis on the contemporary scene in Italy came the second CD, entitled “Contemporary Italian Music for Guitar Quartet” published by the New York Bridge Record label and received with enormous favor by the specialized critic. After the untimely death of Maurizio Norrito, founder and member of the Guitalian Quartet, Adriano Walter Rullo, his great friend, joined the quartet. Alongside the concert activity, the didactic one with the Masterclass and the teaching in Italian Conservatories. 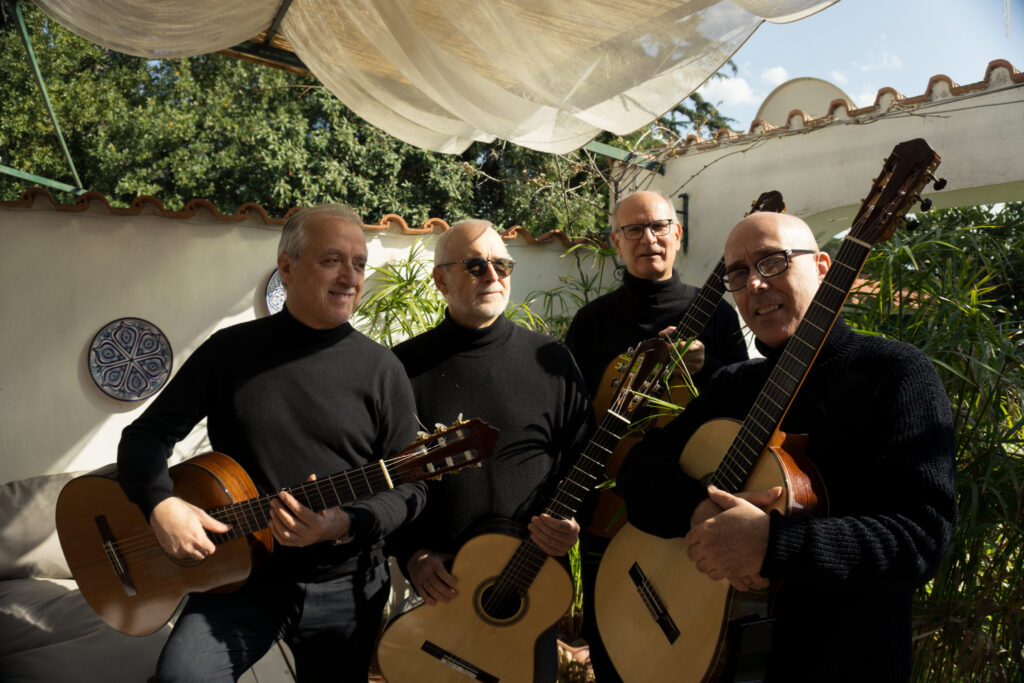