François Laurent was born in Sorengo (switzerland) and began playing the guitar at the age often.Under theinstruction of Raphael ANDIA, Javier HINOJOSA, Geneviève CHANUT, he received the “Diplôme de Find’Etudes”” at the conservatoire of La Celle St Cloud and Cachan.At the same time he followed courses in analysis and composition taught by Solange Ancona,under whose guidance hereceived his diploma in 1981 at the conservatoire of Versailles. In 1980 he met the Spanish Alberto Ponce and followed his courses in specialization at the Ecole Normale de Musique “Alfred CORTOT”, gainig the “Diplôme Supérieur d’Exécution” in 1983 and in 1986 the prestigious “Diplôme Supérieur de Concertisme”. He was finalist at international contests of Bordeaux and Carpentras (France) in 1984, and won first prize in the international competition “F Tarrega” in Benicàsim (Spain). In 1989 was third prized in the international competition “Città di Alessandria” (Italy) and in 1988, second prized in the Concorso Internazionale “Emilio Pujol” di Sassari (Italy). In 1990 he was chosen as one of the best French guitarists by the composer Eric PENICAUD to record a cd of hisworks for the guitar. He is assistant to Alberto PONCE at the Ecole Normale de Musique in Paris and teaches at the Istituto Musicale Pareggiato “G.B.Pergolesi” in Ancona (Italy). His music is published by Max Eschig editions and Les productions d’OZ. 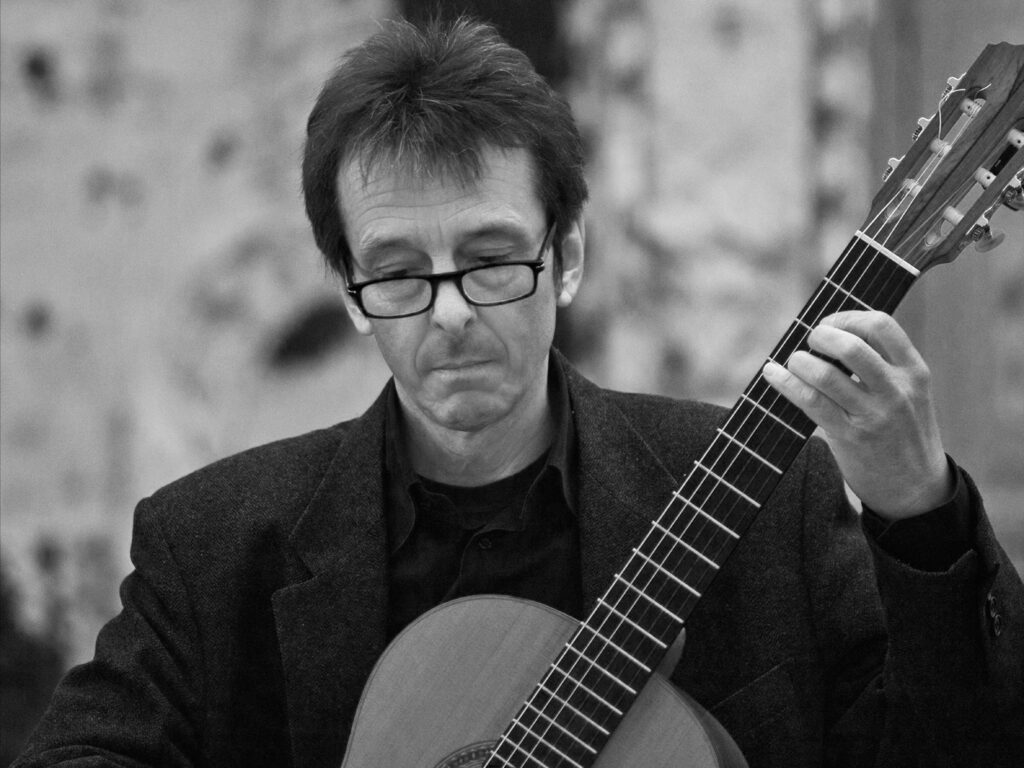