Born in Rome in 1961, he completed his musical studies at the S. Cecilia Conservatory of Rome as a student of M° Alfio Poleggi, where he was winner of the “ARAM Prize”. In 1985 he participated in the Musical Interpretation Master Class in Assisi, Italy, given by the bassoonist Klaus Thunemann. He has played as principal bassoonist in the following orchestras: the Accademia Nazionale di S. Cecilia Orchestra, I Solisti Veneti conducted by Claudio Scimone, l’Orchestra Sinfonica dell’Emilia Romagna “Arturo Toscanini”, l’Orchestra Sinfonica della RAI di Napoli, and l’Orchestra Sinfonica di San Remo. With the Orchestra Nazionale di S. Cecilia he has played under the baton of: L. Bernstein, L. Maazel, C.M. Giulini, G.Pretre, Z. Metha, J. Themirkanov, K. Masur, A. Pappano. I. Fisher and others. Principal Bassoonist at the Orchestra of the Rome Opera Theater since 1991, he has played regularly with Riccardo Muti. In 1991 he performed as a soloist in the the 1st Music Festival of Caracalla. He has performed actively with prestigious chamber music ensembles such as the “S.Cecilia Winds”. As a member of the woodwind ensemble of the Rome Opera Theater Orchestra, he performs actively in Italy and abroad, for the Concert Series at the Quirinale for the Italian state radio RAI3, at the MIK festival in Koblenz, at the Flautissimo Festival at the “Parco della Musica” Auditorium in Rome and other important venues.Professor at the Conservatories of music of  Benevento, Salerno and Campobasso, he has held the Bassoon Summer Course in Trevi (PG) since his birth. In 2021 he was part of the jury of the International Bassoon Competition G. Rossini in Pesaro Perfomances abroad in Germany, France, Switzerland, Luxemburg, Russia, Argentina, Brazil, Japan, Oman , Tunisia and Malta. With Salvatore Accardo he has collaborated and recorded as member of the “Orchestra da Camera Italiana”, with concerts at the “Sala Verdi” in Milan, the “Lingotto” Auditorium in Turin and in the hall of the Italian Senate in Palazzo Madama, which was recorded by the Italian State Radio RAI. He has recorded numerous works for the Italian State Radio and television and has made a recording as a soloist for RCA. He has also recorded for EMI Classic  Brilliant  Da Vinci and Foné. Film recordings with Ennio Morricone, Nicola Piovani, Louis Bacalov, Paolo Buonvino, Franco Piersanti, Bill Conti and others. 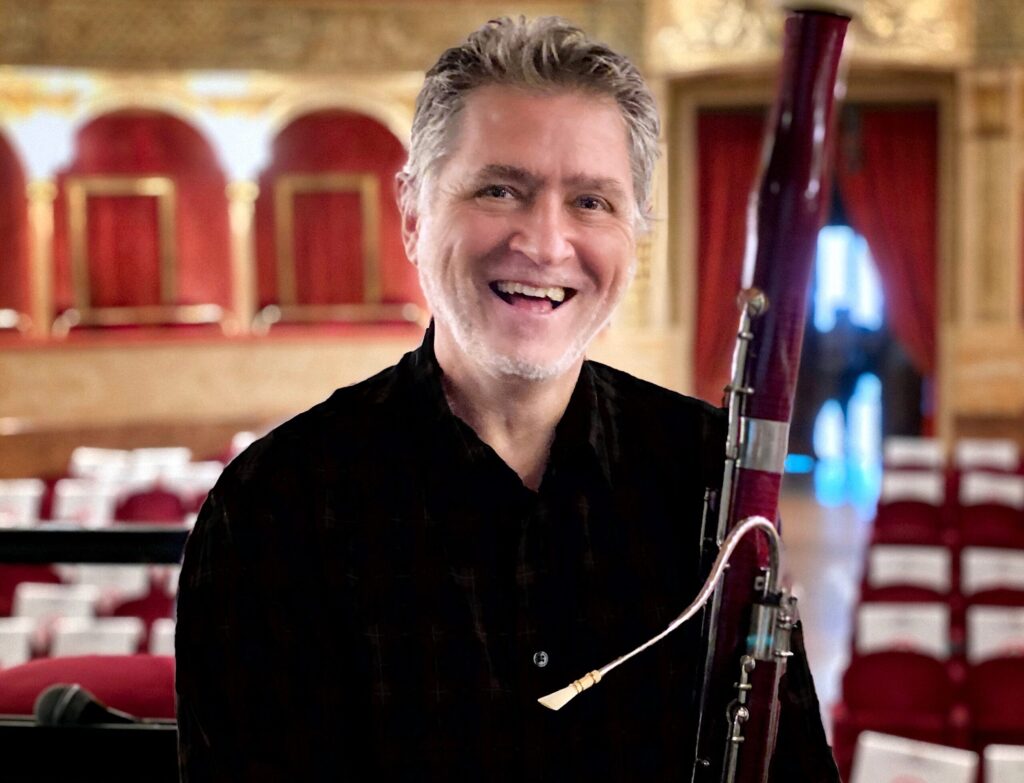