Stefano Palamidessi was born in Rome in 1960; he got the guitar diploma at “S.Cecilia” Conservatory, studying at the same time composition and Musical Disciplines at the Bologna University. While winning a plenty national and international guitar contests (among them the “Mauro Giuliani”, “Fernando Sor”, “Emilio Pujol”, “Nicola Fago”, “Lagonegro” for contemporary music, “Città di Mondovì”, “Città di Ancona” contests), at 20 he starts the concert career as soloist, with orchestra and in ensembles, playing through Europe, Africa and Asia. He collaborates with prestigious soloists, like Aldo Redditi, Renato Bruson, Camillo Grasso, Claudia Antonelli, Raffaele Mallozzi, Marco Fornaciari, Vadim Brodsky, Giuseppe Nova, Franco Mezzena, Massimiliano Pitocco and many others.He regularly gives concerts in prestigious halls and Festivals: Como Music Autumn, Rendano Theatre of Cosenza, Auditorium Conciliazione, Auditorium Parco della Musica and Ghione Theatre of Rome, Teatro delle Erbe of Milan, Piccinni Theatre of Bari, Fermo Festival, Wiener Festwochen, Lublijana Festival, Belgrado University, Zagabria Conservatory, Palais Wittgenstein of Dusseldorf, Cordoba Guitar Festival, Tychy Guitar Festival, Bath Festival, Santo Tirso Festival, Israel Guitar Festival, Tsavta Hall of Tel Aviv, Rebecca Crown Auditorium of Jerusalem, Guitar Festivals of Rome, Ascoli, Milan, Torino, Berlin, Paris, Palencia, Stockholm, Barcelona, Siracusa, Wien, Parma and many others.Recordings and live performances by him have been broadcast by the three TV and radio networks of the RAI, by TeleMontecarlo, Vatican Radio and the national radio and TV broadcasting stations in Yugoslavia, Germany, France, Poland, Holland and Israel. As a member of Concentus Guitar Trio, he has recorded six CD’s for Nuova Era, Ribot Classic, EdiPan and Rivo Alto. The last two chamber music CD issues include the CD “Out of Classic” with the 360° Guitar Duo and the CD “Guitalian Live” with the Guitalian Quartet. Again with the Guitalian Quartet a new interesting CD is going to be published, including Italian contemporary works devoted to the quartet (Sollima, Nicotra, Jappelli, Schiavone, etc). He recorded a CD as soloist for Niccolò label, including a selection of the didactic works by Fernando Sor. Again as soloist his recent important issue is the complete Fantasias by Sor in three CD’s for Brilliant Classic: again for this label Stefano is going to record the complete solo works by Eduardo Sainz de la Maza. Member of the jury in national and international competitions, he teaches in master classes in Italy and Europe and he is full professor of guitar at Conservatory in Frosinone. He is actually the Didactic Director of the Civica Scuola delle Arti, Music Academy in Rome, where he is also teacher of the Post Degree Master. He also takes part in the artistic programming of the Associazione Fabrica Harmonica, working on Symphonic and Chamber Music Seasons, Summer Festivals and other events. He has written “Study Methodology and Technical Exercises for Guitar”, published in 1999 by Santabarbara Musical Edition. In January 2000 he has opened the guitar didactic collection for “Guitart” review, with the publication of the Studies by Fernando Sor, including analysis and scores with phrasing, articulations and fingering. He is completing a second book devoted to the tecnique: “Guitar Investigations” published by Les Production d’Oz (Canada). 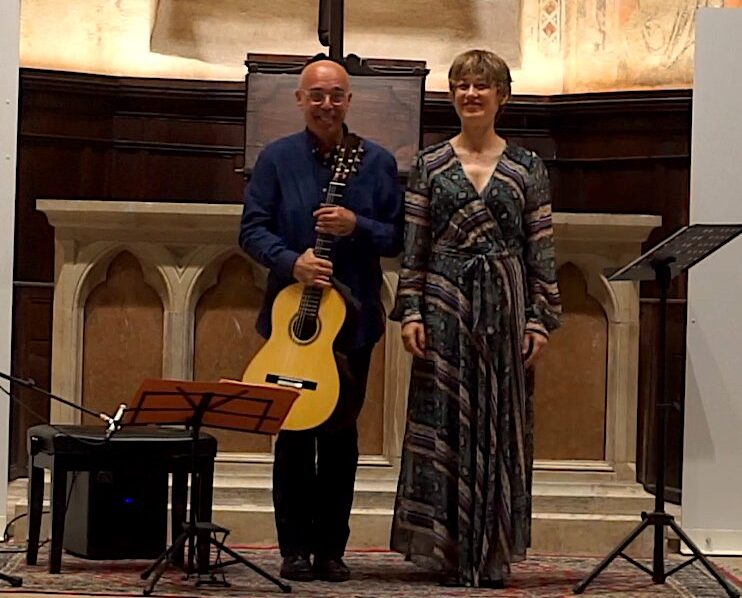