Concetta Anastasi was born in Caserta in 1968. Concert pianist, winner of national and international competitions since the age of 12, she began studying composition, choral music and choir conducting, graduating brilliantly at the “San Pietro a Majella” Conservatory ” of Naples. She graduated with honors in Philosophy at the “Federico II” University of Naples. She is the winner of competitions for professorships in Italian music conservatories (she first classified in the competition for Exams and Titles for the chair of Choral Music and Choir Direction held at the “Vincenzo Bellini” Conservatory of Music in Palermo).
Since 1988 she has participated, as a composer, in contemporary music reviews and festivals (Pesaro, Naples, Ravello, Rome). La di lei work by her Requiem to Giordano Bruno, for solos, tenor sax, choir, orchestra, keyboard and percussion, already performed in Nola in 1996 and aired on Rai 3 in the Videosapere transmission. She founded and directed the “Leonard Bernstein” Chamber Choir in the city of Caserta for ten years.
She began her orchestral conducting studies at the “Accademia Pescarese” in the city of Pescara, then at the “Santa Cecilia” Conservatory of Music in Rome, graduating under the guidance of M ° Bruno Aprea, then continued  at the Accademia Chigiana di Siena under the direction of Maestro Gianluigi Gelmetti, for whom she followed for some years the musical productions at prestigious artistic institutions such as the Teatro dell’Opera di Roma, the Youth Orchestra of Milan, the Tuscan Regional Orchestra of Florence, the Orchestra of the Academy of Santa Cecilia in Rome.She studied conduct at the Accademia Chigiana  in Siena and in Florence with Piero Bellugi She made her debut at a very young age as Conductor conducting works she composed at the Conservatory of Music “San Pietro a Majella” in Naples; finalist of prestigious conducting competitions she has an intense carrier conducting Chamber, Symphonic and Opera Orchestras in festivals and musical events in the cities of Ravello, Naples, Maiori, Caserta, just to name few. Regarding opera repertoire, she specialized in Rossini’s works.She was Permanent Director of several choirs, wind and brass ensemble, In addition to her conducting carrier she is author of music shows such as “Il Respiro della Terra” author of “La casa dei lupi” “The curious of women”,She is music processor and orchestrator of the “Cantatina 22 July 1832” unpublished work by Gioacchino Rossini, with the addition of Introduction to Cantatina “Ll’ammore” (for two countertenors, vocal trio and spoken voice) and with the “Symphony” before the Cantatina, also written by Concetta Anastasi using some of the themes of the Cantatina itself.She is the author of the music of the opera “The sword in the stone”. 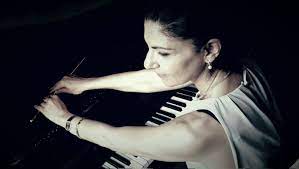