Considered one of the most interesting guitarist of his generation, Claudio Marcotulli has a profile of highly artistic relevance that captures both audiences and critics worldwide.During the formative years, studying under M. Ialenti and M. Severi, he showed brilliant technique and strong musical qualities, winning the favour of audiences and juries in many national young musician c ompetitions. He obtained his Diploma with Highest Honours from the L. Cherubini Conservatory in Florence under the guidance of Alfonso Borghese; further studies included the Ecole Normale de Musique in Paris with Alberto Ponce, where in 1983 he was given the “Licence Superieure d’Execution Musicale” and the following year the “Diplome Superieure de Concertiste” with special mention from the President of the jury, Alexandre Lagoya. Along with the “Ecole Normale”, Claudio Marcotulli has followed intensive courses with artists of international calibre such as A. Diaz, A. Lauro, J. Williams and has taken part in important international competitions, winning in 1981 the “Concorso Città di Lecce”, Italy, devoted to contemporary music, the “ Ville de Carpentras” competition in 1983 and the “R. Bratoli” in Salon de Provence in 1984, both of which in France. Of utmost importance for his professional career was the First Prize in the “F. Tarrega” competition in Benicasim, Spain, one of the most important guitar competitions in the world, including the special prize for “ Best performance of Tarrega’s music”. Thanks to this award he has been engaged in worldwide tours and recordings that launched his career to the highest level. Claudio Marcotulli travels regularly to USA, Argentina, Canada, France, Spain, Belgium, Switzerland, Germany, Romania, Israel, China, Mexico performing repertoire for solo guitar, chamber music and the guitar Concertos; his appearances with orchestras as a soloist include the Orchestra Internazionale d’Italia, the Avignone Chamber Orchestra, the Iashi and Timisoara orchestras in Romania, and the GMI Orchestra del Veneto with conductors such as Donato Renzetti, EnnioMorricone, Kerry Stratton, Ignacio Yepes, Christian Mandeal, Ion Baciu, Alessio Vlad, Antonio Cipriani,  Carmine Carrisi: on more than one occasion he has also accompanied M° Luciano Pavarotti with the Orchestra Internazionale d’Italia. In 1995 he performed in the Chamber Orchestra of Europe production of Rossini’s Barber of Seville and in 1999 in the Mahler Chamber Orchestra production of Verdi’s Falstaff, on both occasions under the baton of Claudio Abbado. Actually he continues his soloist career playing in the most important concert halls in the world as Roy Thompson Hall (Toronto), Salle Alfred Cortot (Paris), George Enescu Concert Hall (Bucarest), Gasteig Hall (Munich), Gendai Guitar Concert Hall (Tokyo) and others. He is founder and member of the guitar quartet “Guitalian Quartet”. 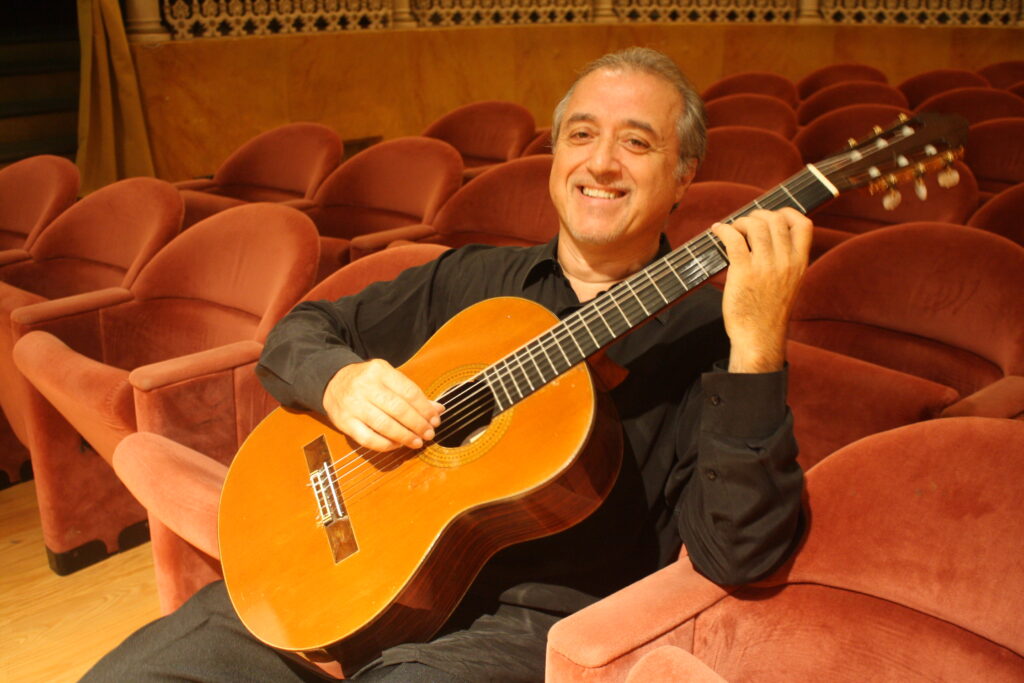