The Polyphonic Choir Cantoria Nova Romana of the Civic School of Arts of the Rome II Municipality, founded by M ° Annalisa Pellegrini in 2008, has been recognized as a Municipal Civic Choir since 2011. Cantoria Nova Roman performed in Czech Republic, England and Austria in the cities of London, Oxford, Prague, Lincoln, Birmingham, and Vienna, in collaboration with the Italian Cultural Institutes and with the Embassies of the respective countries. In 2011, the choir  was a guest in the Semaine Italienne in Paris, representing the Municipality of Rome III.The performance was greeted with great success.In December 2019 it was again invited in Paris for a Mozart production together with the Via Luce Orchestra. In Italy the choir performed (Sicily 2015) in the most important locations of the capital, including the Aula Magna of the Sapienza University, the Basilica of Santa Maria in Ara Coeli in Campidoglio, the Auditorium Parco della Music (Christmas Concert and Concert for Amedeo Minghi), the church of Santa Maria del Popolo and in Todi in the Basilica of Santa Maria della Consolazione. The choir has been invited to participate in numerous events and festivals including the Federico Cesi Musica Urbis Festival in Umbria and the Choir Winter Fest. Since the beginning of its activity, the choir boasts a rare repertoire focused on Medieval Music and has been invited on numerous occasions to Narni, in Umbria, by the Corsa all’Anello organization for the Annus concerts, a reference event for Historical Re-enactments. of Italy. 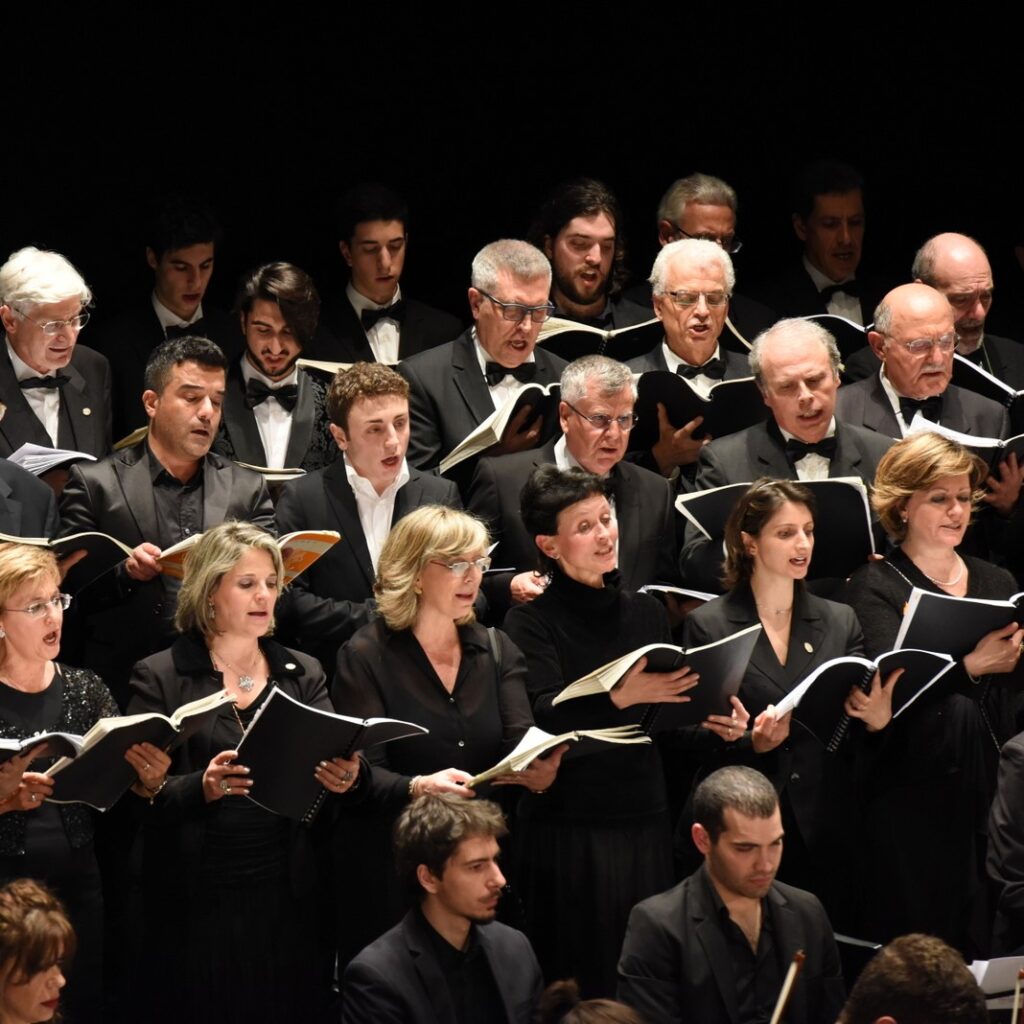