Interpreter of the ancient repertoire for guitar, he outlined in the course of his concert activity, an original playing style, the synthesis of a constant search for instrumental techniques and aesthetics of the time. His performances, on faithful copies of instruments of the ‘500 and’ 600, have brought to light rare pages of often forgotten manuscripts and codices and aim to restore the original spirit of the ancient ‘tablatures’ for guitar, revealing always alive and current analogies with the past and tradition. His musical training, completed in the international courses held by Hopkinson Smith (Estoril, Tours, Rome), was emancipated in constant contact with Giuliano Balestra, under whose guidance he graduated in guitar and started the study of ancient music. He regularly holds lectures, seminars and interpretation courses at academies and state conservatories on guitar music of the 16th and 17th centuries. Performing in important national and foreign theaters (Spain, United States, France, Croatia) he made recordings for theDiscoteca di Stato and for RAI (live radio concert from the Pauline Chapel of the Quirinale) and recorded for the B.M.G. record company, for the Playgame, for the Niccolò (Guitart Collection) and, with the Renaissance guitar with four choirs, for the Opus 111 (Diapason d’oro prize with the Napolitane project). He collaborated with the ethnomusicologist Ambrogio Sparagna on theatrical and musical works, emphasizing the relationship between ancient music and the stylistic features of popular culture. He has often proposed particular concert structures, creating interrelationships between poetry, music and dance; he also carried out editorial activities, writing articles and curating columns for magazines and periodicals, including Guitart and Classical Guitars.

At the age of 13 he began his classical guitar studies with Maestro Roberto Fabbri. He was later admitted to the Santa Cecilia Conservatory in Rome where he graduated with full marks in 2013 under the guidance of masters Antonio de Rose and Guglielmo Papararo. He attends international masterclasses with  Stefano Palamidessi, Francisco Bernier, Dušan Bogdanović. Simultaneously to his study of contemporary he also add on the executive practice of ancient music.He attended for years the Baroque guitar masterclasses held in Rome (at the Civic School of Arts) and in Padua (at the Pollini Conservatory) by Maestro Rosario Cicero. He attended the summer courses of early music in Urbino in 2016, under the guidance of lutenist Paul O’Dette. He attends masterclasses with widely known musicians  like Joachim Held, Hopkinson Smith, Xavier DiazLaTorre just to name few. In 2018 he obtained the II level Academic Diploma in “lute and ancient plucked instruments” with Maestro Andrea Damiani at the Santa Cecilia Conservatory in Rome. He has been carrying out an intense concert activity for years. He performs as a soloist (classical guitar, baroque guitar, lute, theorbo) and in the following of various ensembles in prestigious festivals and musical institutions. He graduated in 2010 with honors in Historical Sciences at the European University of Rome. In 2015 he graduated in Musicology at the Pontifical Institute of Sacred Music in Rome. Since 2015 he has been a teacher of classical guitar at pre-academic courses in agreement with the Santa Cecilia Conservatory at the Nazareth Institute in Rome. Many of his students have been winners as a solo performer. He also directs, together with Maestro Felicia Toscano, the classical guitar ensemble of the school. 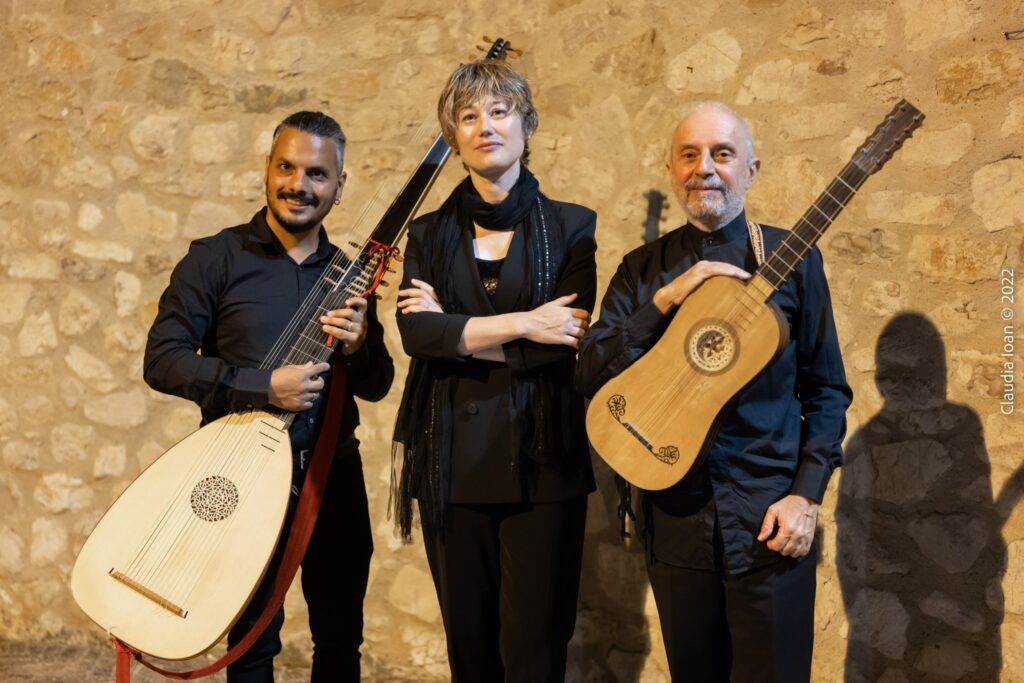