Choir and orchestra conductor, Antonio Pantaneschi is Professor of Direction for Didactics of Music at the Conservatory of Perugia and has collaborated with the Faculty of Letters of the University “Federico II” of Naples and Educational Sciences of the University of Perugia. Scholar of the performance practice of early vocal and instrumental music, he led the Convivium de Musica for twenty years of artistic activity representing in Switzerland for the E.M.U., In Vienna, in Paris, in Munich, at the European Music Festival of Strasbourg and at the International Festival in Sofia. In the last five years he has been the director of the Juniorchestra of the National Academy of Santa Cecilia in Rome with which he participated in the Ravello Festival, the Mantua Festival, the “Concerto al Quirinale”, in the presence of the President of the Republic, at the concerts charity for the Policlinico, for the 2009 Christmas concert at the Chamber of Deputies, at the seasons of Flautissimo, the Mortella gardens in Ischia, the Accademia Filarmonica di Roma, the Family Concerts at the Accademia di Santa Cecilia and various concerts at the Auditorium Parco della Musica in Rome. He has conducted the Symphonic Orchestra of Perugia and Umbria, the Symphonic Orchestra of Campinas (Brazil), the Perugini Soloists, the Mediterranean Orchestra, the Umbri-A Concerto orchestra, the Jügenorchester of Pullach (Germany), the Orchestra Giovanile dei Monti Lepini and currently conducts the International Orchestra of Rome. 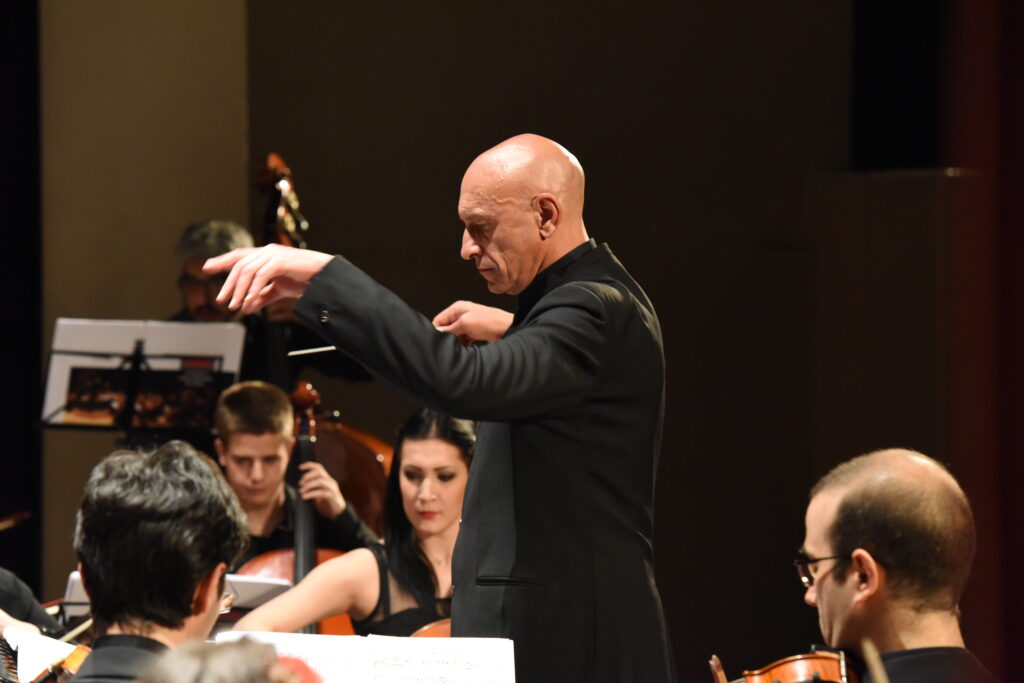